What would you do if faced with a dangerous contagion that could rip your body apart, and end your life? What would you do if you were a doctor infected with the very contagion you were fighting in your patients? In Facing Darkness, the story of Dr. Kent Brantly takes center stage in a one-night Fathom event on March 30 thanks to Samaritan’s Purse and director Arthur Rasco.

Rasco grew up working with cameras and video recorders from the time he was in elementary school. Over the last eleven years, he has has written, directed and produced dozens of media presentations, sharing the work of Samaritan’s Purse in more than twenty-seven countries. Before this year, Rasco’s greatest work was a seven-part reality series about three Mongolian children who traveled to the U.S. to receive open-heart surgery, but he’s now produced the feature-length documentary about the dramatic rescue of Brantly. Brantly, a doctor fighting the Ebola pandemic in West Africa in 2014, became infected himself; Samaritan’s Purse responded swiftly to transport Brantly to the U.S. where his chances of survival were greater.

“Putting the story together was quite a challenge,” he continued. “As some of those people’s stories had already been documented, we had to figure out how to tell the story in a new way.”

While interviewing several Liberians, Rasco learned of a man who had lost a dozen family members to Ebola. While this man named Joseph had lost much of his family, he and his new bride took in sixteen nieces and nephews to save them from fending on their own.

“For Samaritan’s Purse, this is just one story of many,” the director proposed. “There is so much going on around the world. But we want to help people hear the story so that they can reflect on the experiences. The people we talked to, including Franklin Graham, were extremely candid about their fears and thoughts when they discovered Brantly had been infected.”

Because the story involves Samaritan’s Purse, Rasco said that it is ongoing. Right now, there are between three and four hundred people on the ground in Liberia, where the organization has recently built a new hospital. In fact, Writebol is back in the field, doing trauma care for those who have survived the epidemic!

“When you hear about a story about how prayer changes things, about how people stepped out in faith to challenge their fears, we see the words of Paul from Romans 8. ‘Nothing can separate us from the love of God’ whether we live or die,” Rasco shared, passionately. “I remember praying for Dr. Brantly when we first heard he’d been infected. We saw all the things that led up to him walking into Emory Hospital that the rest of the world didn’t.”

“Now, we hope this movie will inspire a new generation of missionaries, to go boldly and serve people, all by sharing the love of Jesus.”

Tickets are available at FacingDarknessMovie.com for the April 10th Encore showing.

David Gyasi Shares on His Faith, Film and Television Projects, and More 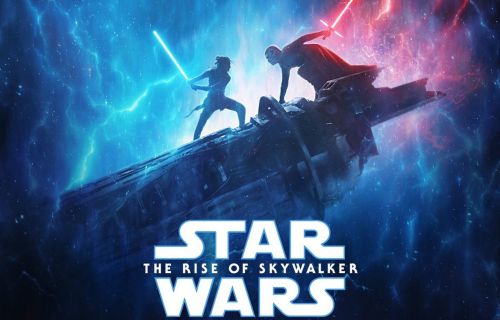 The Star Wars Conclusion and Our Hope for the World