Shari Rigby grew up in North Dakota, longing to be an entertainer. Since she moved to Hollywood, she has explored the various aspects of the movie business that allow her to pursue those desires, from acting to producing and everything in between. Now, as she prepares to see the Liberty University student-driven film, Extraordinary, hit theaters in September, she reflects on the way that God has used her in ways she never imagined.

“When I came to Hollywood, my whole focus was being an actress,” Rigby shared. “God laid it on my heart to start a Bible study and I started mentoring younger actresses. I realized that we were called to tell stories. So I was acting, and I published a book and devotionals, like the one connected to the re-release for the passion of the Christ at Easter. Then I started producing films and television and people were coming to me to see if I’d be involved.”

Working on her craft, the actress saw her passion translate to directing others to bring their best to a story as well. Rigby’s passion for storytelling drew her to writing short films, and she has found a home in show running the Dream Center’s TV documentary. While she first thought of herself as an actress, she recognizes that there’s so much more for her to do.

“We got boxed into this small vision of what we can do,” she shared, “and we’re called to be storytelling. Now I realize I can do it all! It’s so explosive what God can do. When we say yes - God can take that and do anything!”

During her annual visioning time eighteen months ago, Rigby found herself reflecting on her next project when a wardrobe stylist friend of hers, Anna Redmond, called. Already on the crew of the film Extraordinary, Redmond told Rigby that the producers still hadn’t found the right actress to play Nancy, the wife of distance runner David Horton. Rigby read the script and found herself drawn to the story of endurance, perseverance, and long-lasting love. In fact, she found the story to resonate with her own experience.

“I’ve been married for twenty years,” said the woman who plays Horton’s faithful wife. “For at least the first ten or twelve years, I knew that exact feeling: my husband is an entrepreneur business owner and I was at home raising kiddos. There’s a loneliness factor. You’re thinking ‘God, your will be done’ while you see that God is doing something in that other person’s life. I see God building things and working in people’s life through my husband while I feel like I’m just watching and waiting. That’s what I brought to Nancy.”

In the film, David Horton prepares to retire and spend time with his wife Nancy, who has watched her husband teaching and doing great things, mentoring students during the year and in the off hours, while she raised their children. But then Horton announces he’ll be leaving for a cross-country race just when she thinks they’re about to reconnect.

“I knew that loneliness,” Rigby said. “I could see the selfishness of needing him but also recognized my own need. Playing that role where you see that you’re finally going to get this time with my husband, and then he’s leaving again - I could relate to that. I could see that everything has been put above me; I’ve seen that in my own marriage. But I could also recognize that my role was that of mother, too - that was the job God had given me. God was really the anchor - and that’s what I would have lost if I hadn’t seen my identity in Christ.”

Rigby said that the conversation about priorities carried over to life on the set. With the different people, some experienced members of the filmmaking community and some film students just starting out, she found it to be a powerful conversation with God at the center. “What does it look like to pursue your calling first, and then what does that bring into your relationship? It was phenomenal to see what God was bringing into our lives. The conversation, the debate - do you pursue your calling first, or your husband or wife first? To be around these young people and have them involved in the conversation was amazing.”

Looking back over the production, Rigby encouraged other experienced filmmakers to take time to mentor the next generation. While some might cringe at “student film,” she found herself growing, and helping others grow as well.

“I think I learned that when you’re called to tell a story, you walk on there and do the best of your ability. Never sell anyone short. The students taught me a lot and inspired me, reminding me that we’re called to bring up the next generation. Whether it's a preacher, doctor, teacher - we need to do that in the film community and help them shine. Step in and let yourself be used in a way that God alone can make that happen - providing the story only He can. We go in sometimes thinking we’re the ones who will teach and instead we’re the ones who get taught something. Dive in, learn, be part of something that’s great.”

That, in a nutshell, is the story of Extraordinary, coming to theaters via Fathom Events this September. 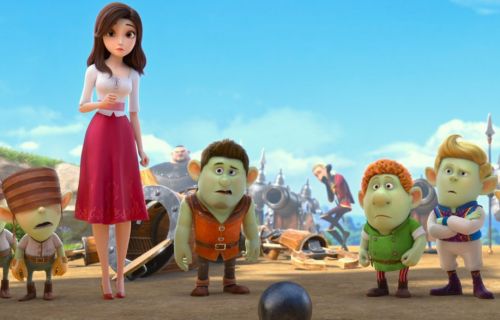 Red Shoes & the Seven Dwarfs: Is Image Everything? 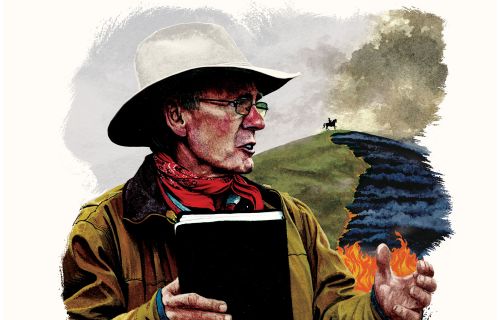 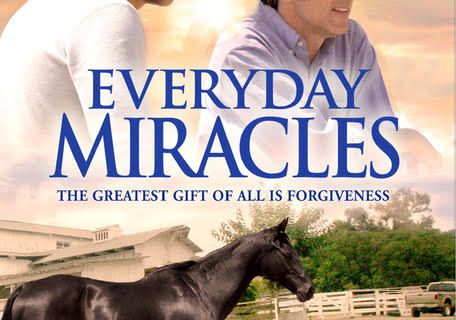 Everyday Miracles Provided This Actor with a Life-Changing Shift